Booking a consult is the first step towards
getting the results you want.

During our call, you will have:

- my undivided attention for 30 minutes (that in itself is worth booking the call!);

- a view of what's not working from a different perspective;

- a better understanding of why you aren't achieving your desired results;

- an idea of what it would look like to achieve those results; and

- a clear picture of how us working together will help you get where you want to be. 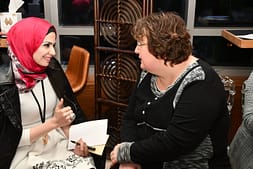 Have no doubt - this session could change your life!

It has made a big difference!

Stacey’s program has helped me tremendously. It was feeling discouraged in a new project (comparing myself to the teacher and how I was behind and not doing very well), which caused me to not take any action and therefore not do well..

When I took Stacey’s program, I realised I could think something different. I could think, ‘Well, I am just learning this.’ Then I could give myself time and space emotionally to go for it. Take my time, ease into it and make adjustments for myself, because I was just learning. Then I was learning, producing and making progress. It has made a big difference in what I am doing.

From victim to victorious!

I was hoping to achieve peace of mind from my chaotic thoughts.

A major insight I had was learning to know the difference between facts, thoughts and emotions. Stacey pointed out that the way I worded my sentences, was me thinking of myself as a victim. That came as a surprise to me. In the last session, Stacey helped me become aware (through her example of learning to love those who had caused her pain) that it was possible for me. In addition, I learned that we cannot expect everyone to think the same as we do.

Sometimes the coaching was tough. Stacey is a straight shooter and, at times, I found it difficult to accept what she was saying. In fact, I was going to quit before the last two sessions. And yet, something made me continue, as I felt that I was progressing in baby steps. I think that by the second last session, I had stopped arguing - not sure if that is what she saw in me. Best decision I took was to start this coaching and continue till the end.

Watch out, as Stacey is going to change your life for the better, although you might not notice it at first, especially if you are as stubborn headed as me. She will change you from victim to victorious.

You're here because you are looking for answers.